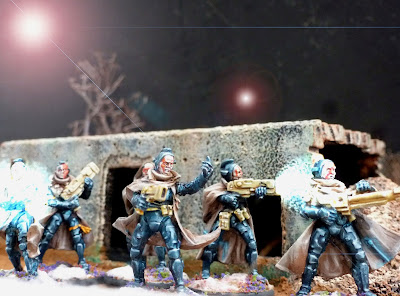 One game I'm getting increasingly excited by is Beyond the Gates of Antares, having been playing a few games recently, and more on the cards before the game launches in a month or so's time I wanted to add some reinforcements to my Concord Strike Force. First up in the stream of reinforcements, are my squad of Freeborn Domari. 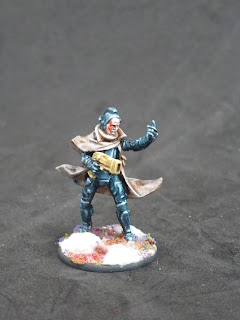 These are a very recent release from Warlord, and are beautiful sculpts. Like all the Antares models I've built casting quality was top notch, and the detail and sculpting superb.

I was really taken by how each figure was an individual, not just in pose, but in face too. Each is very distinct, without becoming a caricature of itself. 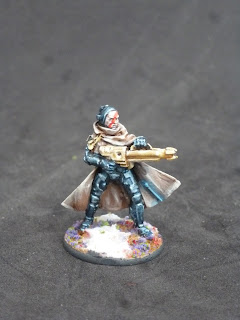 The set contains 6 figures, a spotter drone, bases, and an order dice.

This last is a handy addition, as it means your gaining all you need to use a unit straight out of the box without having to by additional dice sets. (Though as we all know dice sets ARE addictive...). 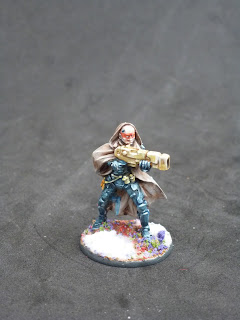 Assembly and clean up are straight forwards, as stated the models are extraordinarly well cast, and are 1-2 part figures, with usually a separate weapon. 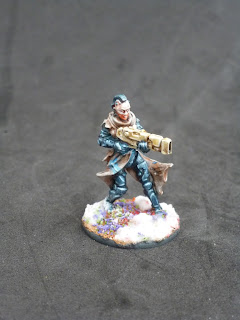 I wanted to do my figures in a mix of dull and bold colours, so painted cloaks and weapons utilitarian tones, whilst the armour was a dark metallic blue. To add an extra splash of colour I painted the faces white with a splash of red war paint 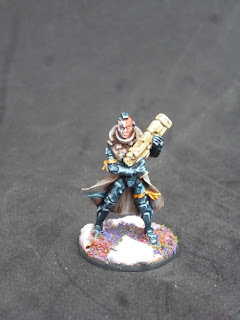 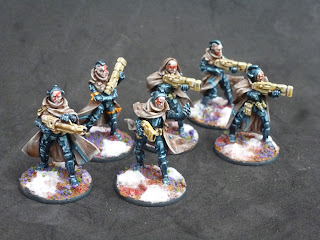 Paints used are as follows: 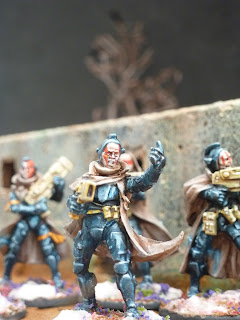 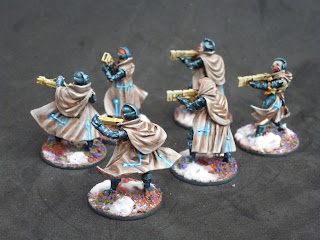 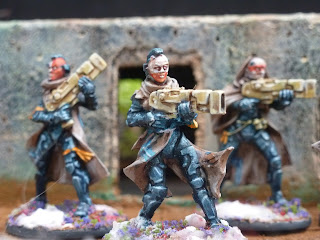 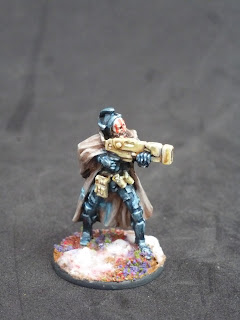 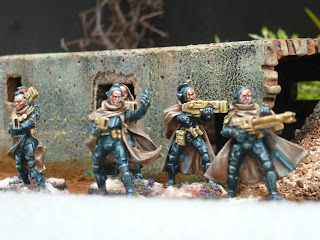 You can get your own Domari squad, as well as checking out the rest of Warlords range here, and as ever you can see more of my own painting at Volley Fire Painting
Posted by VolleyFire Andy at 06:42

Email ThisBlogThis!Share to TwitterShare to FacebookShare to Pinterest
Labels: Algoryn, Beyond the Gates of Antares, C3, Warlord Games